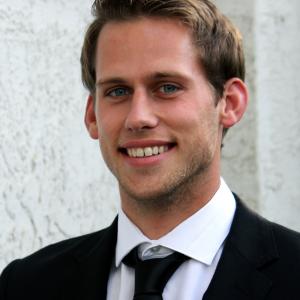 Jeff Hester, 24, was born in Anaheim, California, and moved to Portland, Oregon, when he was 10 years old. He developed a love for the water early on and would dive for keys, coins or other trinkets at the local pool at the ripe age of 2. Growing up, Jeff developed an insatiable love of the ocean through books pertaining to marine animals or life at sea as well as visits to the tide pools at nearby Cannon Beach. A yearning for exploration of the underwater world fueled his desire to learn how to SCUBA dive after moving to sunny San Diego to attend Point Loma Nazarene University.
During his college career, Jeff competed on the varsity track and field team, earning All-American honors in the decathlon at the national championships his senior year. He interned with the Scripps Institution of Oceanography in a coral reef ecology lab that was developing a non-invasive method to measure surface area using photography to create 3-dimensional models. The following year, driven by his love for diving and marine science, Jeff sought opportunities for underwater research through the National Science Foundation-funded Research Experience for Undergraduate (REU) programs. He was selected for an AAUS diving internship with the Shannon Point Marine Center in Anacortes, Washington, to survey and assess pinto abalone outplant sites in the San Juan Islands, as part of an effort to restore their population. During that summer, he completed his advanced, nitrox, drysuit, rescue and AAUS scientific diving certifications. Since then he has added wreck and divemaster certifications to his credentials.
In his final year of college, Jeff conducted senior thesis research with the National Oceanic and Atmospheric Administration (NOAA)/Southwest Fisheries Science Center (SWFSC) investigating heavy metal concentration in the long-beaked common dolphin (Delphinus capensis) and how it related to their health. After graduating with a BS in Biology he was hired by NOAA as a lab technician in a marine mammal genetics lab. He uses genetic techniques to study Gray Whale and Beaked Whale population structure.
Through all of these experiences, Jeff has developed a passion for diving and marine biology. He is eager to work with leaders in these fields so that he can better understand the issues faced by the oceans and what we, as the human race, can do about them. He wants to make a positive difference in this world and in the oceans that are all too often taken for granted, by instilling in others the same love and curiosity for the ocean that he has.  He feels that he has the responsibility and privilege to share what he has been taught so that others may understand, love, and in turn, conserve.