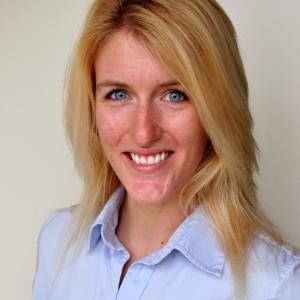 Megan Cook, 24, was raised in Boise, Idaho more than 500 miles from the nearest ocean. Growing up in an athletic, water-loving family, she developed a zest for adventure and respect and curiosity about the natural world long before the ocean came into her life. It was an inspired first-grade teacher who ignited Megan’s ocean interest and as other kids dreamed of becoming firefighters or sports stars, Megan knew she and the sea were destined to be together. At age 16, Megan was selected as the top international ambassador of a young women’s leadership organization. Traveling nearly 100,000 miles worldwide, Megan gained confidence as a spokeswoman and broadened her goals for the scale of impacts she hopes to make in the world. This experience may also prove invaluable to her Scholarship year as she is already an old pro at napping during layovers on awkward airport benches.
Megan graduated Magna cum Laude in 2009 from Oregon State University with a Bachelor of Science in Biology, a minor in Chemistry, and an option in Marine Biology. During college she edited a science journal promoting undergraduate research, and walked onto two Division-I sports teams: rowing and equestrian polo. Initially scuba certified in an Idaho freshwater reservoir, Megan bubbled her way to further confidence and PADI Advanced, Rescue, Drysuit, AAUS and Divemaster certifications in the temperate waters of the Pacific Northwest. Eager to explore more of the ocean, Megan studied on an international scholar exchange at James Cook University in Australia. Upon her return, she enrolled with Sea Education Association, studying in Woods Hole, MA and later sailing a tall-ship research vessel from Tahiti to Hawaii. She spent three months working at a marine lab in the Bahamas, conducting hundreds of research dives to quantify the impacts of the Indo-Pacific lionfish invasion on native reef fish communities. After earning her degree, Megan relocated to Hawaii to work as a freediver on NOAA’s Marine Debris Team throughout the Papahanaumokuakea Marine National Monument. Full of energy and driven to make positive contributions to the underwater world, Megan has worked on Hawaii’s aquatic invasive species team and as a trainer for both the University of Hawaii Scientific Diving program and a community reporting network for coral disease and bleaching outbreaks.
A scientific extrovert, Megan seeks opportunities to foster bridges between research, media, conservation, industry and exploration. She is eager to explore new communication tools like photography and video to bring science to the public. She is especially interested in large-scale ocean issues like habitat characterization, marine debris and invasive species management because of the variety of stakeholders who can be involved in seeking solutions. As a Rolex Scholar, Megan hopes to work with a wide variety of leaders to further understand and better communicate the wonder, vitality, and drastic changes alive in today’s underwater world in accessible, innovative ways.