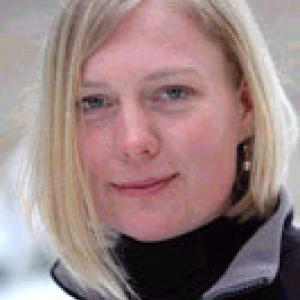 The Our World Underwater Scholarship proudly announces the selection of Vibe Schourup-Kristensen as the European Rolex Scholar for the year 2005.
Vibe Schourup-Kristensen, a 23 years old Marine Biology Student at the University of Southern Denmark from Odense Southern Denmark has been appointed as the European Rolex Scholar for 2005.
Vibe, a PADI Divemaster and Assistant Instructor has specialities in Nitrox, Rescue, Deep and Wreck diving and is a qualified Emergency First Responder. She has grown up close to or on the oceans and feels it is so much a part of her life, it is in her blood, “Denmark is one of the countries in the world with the most sea per metre shoreline, and because of this the ocean is a natural part of peoples lives”. During her formative years she travelled extensively with her parents through Africa, Israel, Turkey, most of Europe, Sweden and Finland. This she says gave her an appreciation for other peoples lives and cultures. “It has taught me to meet new people with an open mind, and not let prejudice take control” Travel has also given Vibe an appreciation of how useful it is to be multilingual. She speaks Danish, Norwegian, English, German and French.
As a member of Haderslev Dive Club and the Danish Scuba Diver Association Vibe currently organises weekly marine biology dives for her fellow club members who share her passion for ocean life and is hoping to join in a new and exciting international education program in biological oceanography being released through the University of Kiel, Germany. She states,”This is an opportunity for me to work with the best Professors in Denmark and Germany and get the best marine environmental education available in Denmark”. She also derives an immense satisfaction from teaching others to dive and about life in the oceans. When asked who her perfect diving partner would be, she smiled and said, “my little sister, she loves to dive and shares my passion”
As a child Vibe’s first introduction to the seas surrounding her was sailing which is still a major pastime, having sailed everything from ‘Optimist’ dinghies to a 44ft yacht across the Atlantic to Tobago.
Currently she writes for ‘Scuba Diver’ the Danish diving magazine and states, “ The two main environmental problems in the Danish seas are the over fishing and deoxygenating, both brought on by people making an income by utilising nature; fishermen and farmers, I find we have a wide gap between the scientists and these people and as long as scientists do not make an effort to understand them we will never reach a solution”. She sees it as her mission to help both fishermen and scientists understand and communicate to the benefit of all.
She is honoured to be chosen as the European Rolex Scholar for 2005 and says, “ In short, I will work for the protection of the oceans by providing more information to the public about environmental issues and thereby raising more concern for it in society, and I will work for a better interaction between the people working with the oceans; scientists, trades and industries and the people who daily interact with the sea, including fishermen and divers.”