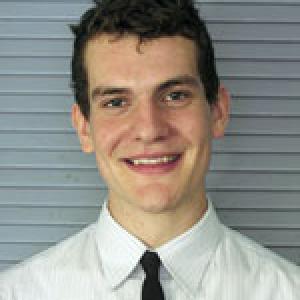 Since a very early age William Arlidge has had an affinity with the ocean. His family would often get him to relate his dream job to friends and, expecting a five year-old boy to have aspirations to become a fireman, or an astronaut, they would laugh in surprise when he would proudly state, “when I grow up, I want to become a marine biologist!”
Will has always been interested in the interactions between animals in nature, and in July 2005, he enrolled at Victoria University of Wellington (VUW) for a Bachelor of Science, majoring in Marine Biology, with a second major in Ecology and Biodiversity. After completing his second year of university Will found his true passion for the underwater world; he decided to do his Open Water Diver certification and was instantly addicted. Finding everything about diving enthralling, it allowed him to enter into the environment he had been studying on paper, to gain a first hand account of the ecological interactions his lecturers had excitedly explained to him. Since his first breath taken on a regulator, Will was hooked, and he knew then that diving would play a major role in the rest of his life. After his Open Water certification he instantly signed up to do an Advanced Open Water Diver certification, adamant he hadn’t had enough.
Having finished his Bachelor of Science at the end of 2007, Will went on to begin his Masters of Marine Biology. Focusing on reef-building corals, looking at viral communities associated with corals in relation to environmental impacts. Will was fortunate to undertake his data collection on Palmyra Atoll in the Central Pacific, and Coconut Island, Oahu, Hawai’i. Following his field research he became a dive club member of the local dive shop, and was offered an internship to complete his Divemaster. The experience he gained via his internship was invaluable, making a number of important contacts and dive buddies along the way. During his internship he also undertook his Enriched Air Nitrox certification, opening the door to technical diving. In the past year he has continued to dive extensively with a number of VUW marine biology students, helping to collect data for multiple PhD and Masters Theses. Will has orally presented his own Masters work at two scientific conferences; the New Zealand Marine Science Society conference in Auckland, and the Australian Coral Reef Society in Darwin, Australia. Both were amazing experiences that allowed him to network and forge important contacts. Will also volunteers with a program called Educating Kids About Marine Reserves (EMR) through the summer. He finds volunteering extremely rewarding, as he feels education plays a vital role in long-term conservation.
Whether diving in the warm waters of the Poor Knights, or in the near zero visibility of Wellington harbour - Will always try to take something new from every experience. The more he dives, the more his love for the underwater world continues to grow exponentially, a passion that is inseparable from his want to make a difference in conserving the marine ecosystem. Will feels prepared both in his diving skills and his mental attitude towards tackling the role of becoming the next OWUSS Australasian scholar. Will says, “This is a role I will take on with all the passion, enthusiasm, interest, and drive I hold for the underwater world”.