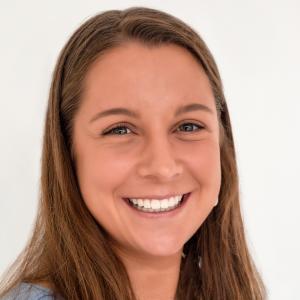 An upbringing filled with adventure has given Millie the opportunity to explore some of New Zealand’s most remote coastal and alpine areas. From a young age, the enchanting marine world captivated her. Millie’s fascination began with the discovery of alien-like species in shallow rock pools and the excitement and curiosity to understand the underwater world has only continued to grow.

At 17, Millie enrolled in a Bachelor of Science in Zoology and Marine Science program at the University of Otago, New Zealand. As Millie studied and learnt to dive, her desire to protect the marine environment and its inhabitants was ignited. She has investigated the effect of anthropogenic activity on marine ecosystems through bioacoustics research at Leigh Marine Laboratory, as well as oceanographic research in Doubtful Sound, Fiordland. Millie also was a volunteer for the Department of Conservation on various conservation projects on predator-free islands surrounding the mainland of New Zealand.

In 2018, Millie was selected as a BLAKE Ambassador to sail on board the research schooner, Tara, from Panama to New York as part of an expedition led by the Tara Oceans Foundation. During this voyage, she worked with an international collaboration of scientists to conduct ocean biodiversity research. Greatly disturbed by the extent of plastic pollution she witnessed, her drive to protect our oceans was reinforced.

Millie pursued a Master of Science (Marine Science) degree at the University of Otago with field work based at the Lizard Island Research Station, Great Barrier Reef. Her research examined the impact of microplastic exposure on predator-prey interactions of coral reef fish. Based on her academic merit and research potential, she was awarded a University of Otago Master’s Research Scholarship as well as the John Jillett Prize for the best thesis proposal. In 2020, Millie represented New Zealand through her selection as a delegate on the 32nd Ship for World Youth Programme. Whilst sailing aboard the Nippon Maru from Japan to Mexico, she fostered her leadership capability and gained a global perspective on environmental issues and solutions.

Millie has recently completed her MSc whilst working as a research assistant at the University of Otago. Millie has enjoyed gaining more diving experience whilst also training to obtain her Scientific Diver qualification and preparing research manuscripts for publication. Millie was originally selected as the 2021 Australasian Scholar, however due to COVID-related travel restrictions in the region during the early part of her scholarship, the decision was made to defer her scholarship until 2022.

During her deferment, Millie has been working as a scientific diver in a range of projects throughout New Zealand, including for the University of Otago and the Department of Conservation. A highlight for her has been working in remote areas, such as Fiordland, where she monitors and controls the spread of the invasive seaweed, Undaria pinnatifida. Millie also joined an expedition to the Subantarctic Islands of New Zealand as the Heritage Expeditions True Young Explorer. She aims to help raise the profile of the islands, advocate for the protection of the threatened species that inhabit them, as well as other wild places across the planet. This is a focus Millie is looking forward to pursuing throughout her upcoming year as the 2022 Australasian Scholar.